Relief from Migraines without Medication 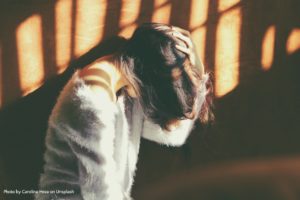 Migraines are the third most common illness in the world. If you’ve never had a migraine, you more than likely know someone who has had at least one. They can be debilitating, and more than 90% of people are unable to work or function during an episode. Because of the side effects caused by migraine medication, many people choose not to take it and are left to fight the pain on their own. Is it possible to get relief from migraines without medication?

What is a migraine?

A migraine is much more than just a terrible headache. It is a series of incapacitating neurological symptoms that leave the victim in severe pain and unable to function properly. There are two categories of migraines. There are migraines with aura and without aura which is the most common migraine. A person who experiences an aura before a migraine may have difficulty speaking clearly, loss of vision, tingling sensation in arms or legs, or see sharp flashes of light.

When the migraine is the most acute, the victim may feel a throbbing or pulsating sensation throughout their head. For most people, migraines only affect one side of their head; however, for others, it affects both sides of their head. Migraines are often accompanied by nausea, vomiting, sensitivity to light and sound, or dizziness and feeling faint.

Migraines can last anywhere from a few hours to a few days.

What causes a migraine?

More research is needed to determine the exact cause of migraines, however, experts believe it is caused by nerve pathways and chemicals in the brain. Migraines often run in families. If one or both of your parents have had migraines, you have a 50-70% chance of having them as well.

There are many things that could trigger a migraine and triggers can vary from person to person, but there are several common triggers including:

Is it possible to get relief from migraines without medication?

The best way to get relief from migraines is to prevent them from happening. Experts suggest keeping a migraine journal to keep track of the food you eat or the activities you participate in that could be causing your migraines. This can give you an idea of what to avoid in order to negate and/or prevent a possible migraine attack.

Acupuncture has been known to help decrease the number of migraines by up to 50%. While a patient is laying on their stomach, an acupuncturist will place thin needles in certain pressure points along their spine and neck. A gentle massage is generally associated with the placement of the needles.

Massage therapy is another way to combat migraines. Who doesn’t love a great massage? They can help reduce stress and tension which are triggers for migraines. However, a full blown massage during the middle of a migraine attack would be counterintuitive due to the heightened sensitivity experienced during a migraine. Deep tissue massages should be saved for after the attack has passed, and the patient is feeling well again.

In addition, visiting a chiropractor regularly can also be very effective in preventing and managing migraine symptoms. A study published in 2005 found that spinal manipulation notably reduced 72% of participants migraine symptoms. About 22% of participants said that they experienced significant improvement after undergoing chiropractic treatment. An additional 50% said they had a noticeable decrease in the number of migraines and the amount of medication they took in a two month period.

In conclusion, it is possible to get relief from migraines without medication. Learn what your migraine triggers are, and steer clear of them. Chiropractic care has been proven to help with migraine pain.  As always, check-in with your doctor if you suspect you are experiencing a migraine, and ask if chiropractic treatment is an option for you!

About the Author: Rebekah